What is the difference between plasma cutting and flame cutting?

What is the difference between plasma cutting and flame cutting?

1. Different cutting methods.
Flame cutting is a cutting method that uses high-temperature flame to heat a certain point on the surface of steel plate to the ignition point, and fills it with high-pressure oxygen to burn and form a notch. Plasma arc is a method to melt metal at high speed and eliminate the heat of plasma arc.Plasma cutting has better quality, fast melting speed and concentrated hot zone, which is not easy to cause workpiece deformation; Smooth cutting surface and less slag hanging, which significantly reduces the workload of secondary processing; Greatly shorten the perforation time. The use of plasma cutting machine does not need to preheat the workpiece and can be processed directly.

2. Different cutting gases.
Usually, gas and oxygen are required for flame cutting, and there are three kinds of available gas for flame: gas, propane and acetylene. Considering the practicability and safety, propane gas is mainly used in flame cutting at present. Plasma cutting gases include argon, hydrogen, nitrogen, oxygen, air, water vapor and some mixed gases. 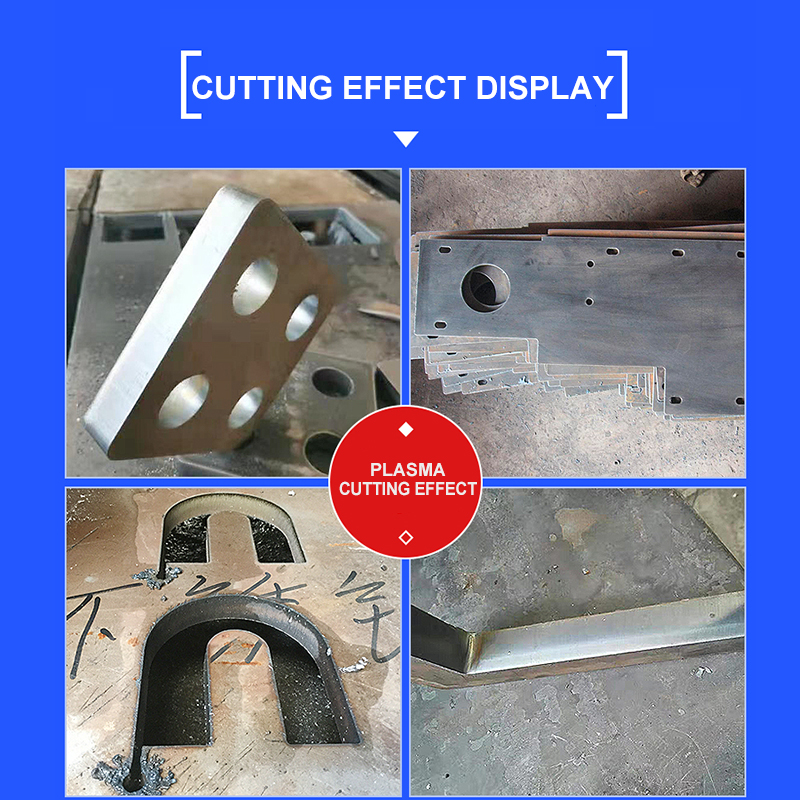 4. Different cutting materials.
Flame cutting is generally used for cutting and blanking of ordinary carbon steel plate in the market, while plasma cutting can be used in many types of metal blanking, such as carbon steel, stainless steel, aluminum, copper and other metals

6. Different cutting effects.
In terms of cutting effect, the perpendicularity of flame cutting is better than that of plasma cutting. The cutting surface of flame cutting is vertical and the cutting surface of plasma cutting is inclined to a certain extent The workpiece cut by plasma is free of burr and slag, the surface is smooth and free of edge collapse, the cutting accuracy tolerance per meter length is no more than 0.5mm, and the workpiece deformation is small, which can replace or omit the machining process. It is proved by practice that the parts cut by plasma are not machined and fully meet the quality requirements of welding assembly. 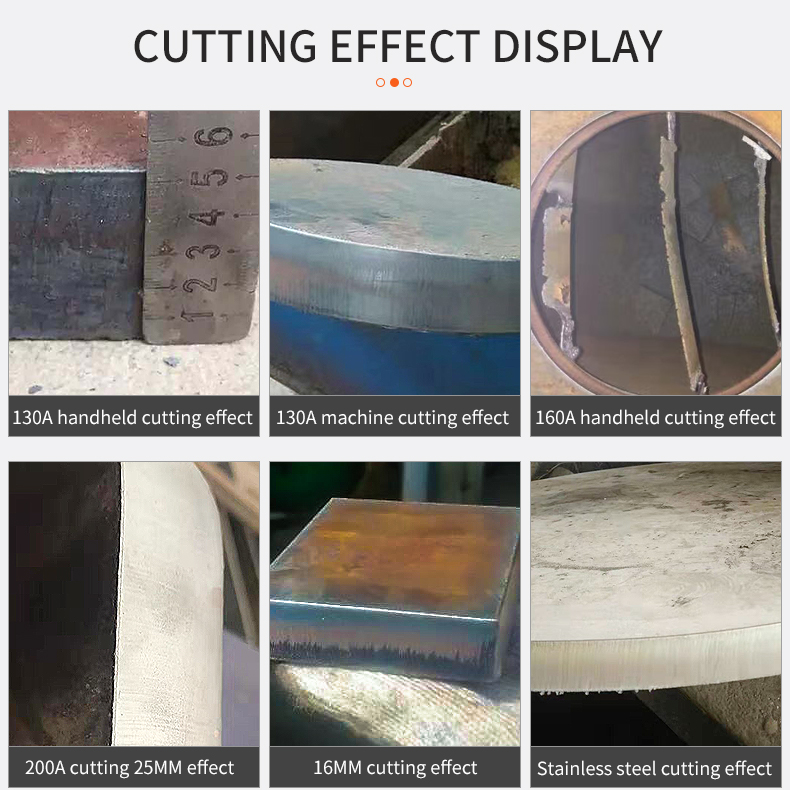 7. Different cutting costs.
Flame cutting: less investment in the early stage and more cost in the later stage; II. Plasma cutting: large investment in the early stage and relatively less cost in the later stage. The difference of cutting cost between the two methods is mainly because flame cutting does not need power supply, mainly gas, while plasma cutting needs power supply and cutting nozzle